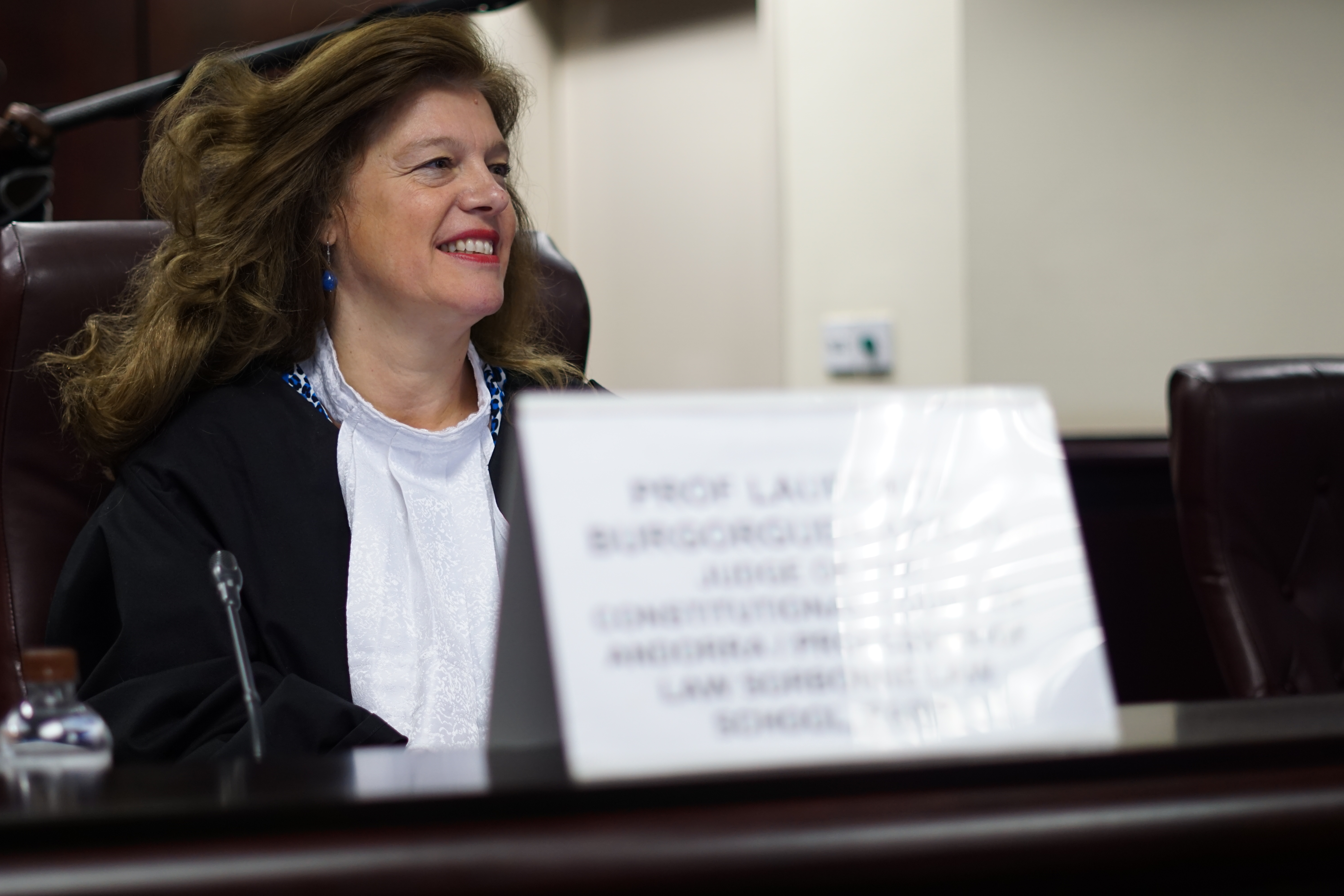 Laurence Burgorgue-Larsen is Professor in Law at the Sorbonne Law School (University Paris 1). She has also, since January 2012, been a judge at the Constitutional Court of Andorra, and was the Court’s President from  2014 to 2016.

She is the Director of the Collection “Cahiers européens” and member of numerous Advisory Board of Legal Journals. She researches and teaches in the areas of Human Rights Law, Comparative Law and European and International Law. Her publications (in several languages) are diverse in the field of regional human rights. She has been invited to teach at numerous Universities in Europe, Africa, Asia as well as various Latin American countries.